That’s how a conversation about one of my favourite living authors usually begins. Just David Foster. Not to be confused with David Foster Wallace.

I was backpacking around Australia during the mid 90s, in my early 20s, and one morning read a Sydney newspaper article in which Annie Proulx evangelised about a local writer I’d never heard of.

I’d just read and been blown away by Proulx’s own novels Postcards and The Shipping News, so she had my attention.

She told how she discovered Foster while thumbing through his novel Dog Rock in a bookshop, and this was the first sentence her eyes fell on: “Owen Evans was found disembowelled in a urinal.”

Proulx fell in love with Foster’s narrator, D’Arcy D’Oliveres, and became a cheerleader for his work. 20 years on, I’m proud to join her troupe.

D’Arcy is the hero of Dog Rock: A Postal Pastoral (1985) and of The Pale Blue Crochet Coathanger Cover (1988). He’s an Eton-schooled English nobleman, the 15th Baron D’Oliveres, who emigrated to Australia where he’s a penniless postman, beekeeper, crown green bowler and sometime detective. 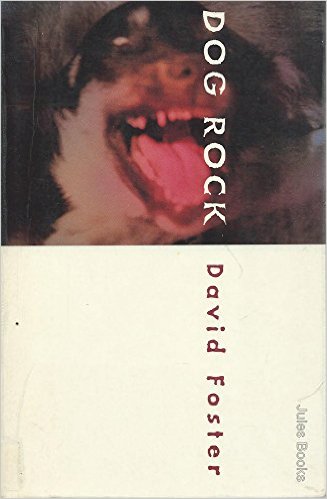 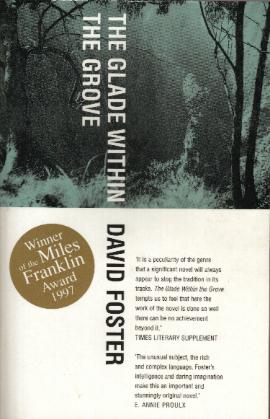 “Among the inhabitants of this wholly decent and typical Aussie town is a mass murder so vile he could almost be a Welshman…” says D’Arcy in Dog Rock.

D’Arcy is the finest, funniest fictional curmudgeon I’ve ever met, and he appears again as the narrator in The Glade Within the Grove (1996). The novel is an epic re-telling of the classical myth of Attis, who emasculates himself for the love of the goddess Cybele and is reborn a woman.

Foster transplants the story to 20th-century Australia, when D’Arcy finds a discarded poem in a mailbag and investigates its story of a 1960s back-to-nature commune in a hidden forest, whose members are obsessed with sex, tree-worship, castration and murder.

His elaborate sentences don’t always make for an easy read, but the dialogue crackles with realism and humour, and the sheer scope of Foster’s knowledge is stunning.

And that’s part of the reason I like his work so much, particularly the D’Arcy novels: Foster is no ivy tower academic, no writer writing about the life of a writer and passing off as revealing universal truths.

He trained as a chemist to post-doctoral level, was for 20 years a motorbike riding drummer in a band, worked as a postman, a crewman on prawn trawlers, a taekwon-do instructor and deputy captain in a bush-fire brigade, among many other jobs.

When The Glade Within the Grove won him the 1997 Miles Franklin Award (like an Aussie Booker or Pulitzer), “About time,” he declared in his acceptance speech. Said to be nearly as grumpy as his great fictional creation D’Arcy, he’d always had prickly relations with the literary intelligentsia.

But the reason for this blog: I’m excited to learn he published Man of Letters (2012), a ‘Dog Rock III’ in effect, and a fourth Foster novel to feature the unforgettable D’Arcy D’Oliveres.

Will the D’Arcy novels deserve to sit on the same high bookshelf as Updike’s Rabbit Angstrom books, or Richard Ford’s Frank Bascombe books?

I’ve got Man of Letters on order, due to arrive any day now. Here’s to hoping my favourite literary postman will deliver again. I’ll be sure to let you know. 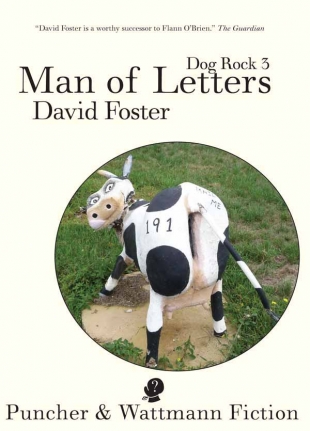