Rob’s short stories have appeared in print, online and in audio for leading independent lit names.

He’s been published in print anthologies Dostoyevsky Wannabe Cities: Birmingham, in Songs for the Elephant Man, in Forecast, in Five Stories and also The Best of Every Day Fiction.

His stories have also appeared in print magazines Under the Radar and Litro, and been performed at live story telling event Liars’ League in London and New York.

He is a member of the prestigious Writing West Midlands Room 204 best emerging writers programme, and the long-established Tindal Street Fiction Group.

He has recently performed at live story cabarets Flirt Off, the Mee Club and the Birmingham Literature Festival.

His self-published debut novel The Hypnotist’s Wife reached the bestseller chart on the You Write On website. He’s busy re-drafting his second novel.

Rob lives in Warwickshire with his wife and two children. 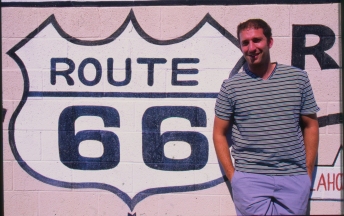 2 thoughts on “About Rob”